The UK government’s review of gambling laws, launched by the department for digital, culture, media and sport (DCMS), in December 2020, has been delayed again until May, according to sources cited by The Guardian.

A white paper was originally due to be released before the end of 2021, but was postponed until early 2022 after a cabinet reshuffle that saw John Whittingdale replaced as gambling minister by Chris Philp.

The new postponement has reignited concern among gambling addiction campaigners demanding urgent reform. Carolyn Harris, who chairs a cross-party group of MPs examining gambling-related harm, voiced fears that the uncertainty surrounding the future of Prime Minister Boris Johnson, who would back the gambling reform, could disrupt the review.

“Of course time must be taken to gather the evidence to ensure the right reforms are put in place, but the gambling review was announced over two years ago,” Harris said, as reported by The Guardian. “Every day of delay leads to further gambling-related harm while the industry rakes in profits. The government must not let its own internal problems stand in the way of much needed reforms for this country – it is time for action.”

The DCMS has been working closely with the UK Gambling Commission on potential reforms to improve protection for addicts and other vulnerable people. But, according to reports by the Public Accounts Committee and the National Audit Office, the UKGC is under-resourced.

The regulator is also overseeing the decision on which company will win the next 10-year licence to operate the National Lottery starting 2024. A decision is expected this month or in early March. After a slump in proportion of its revenues destined for good causes, and the growing concern that its scratchcards and online games fuel problem gambling, UK MPs and campaigners are calling for the national lottery operations to be overhauled. Harris has called on Britain’s lottery operator to be banned from using the national lottery brand and logo to promote online instant win games that may lead to problem gambling. 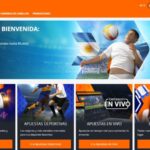 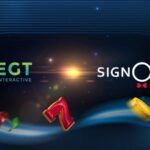