With the transfer window shortly set to re-open, plenty of players will expect to be on the move. However, given the current global climate, not every club will be willing to splash the cash.

A World Cup finalist on a free? A star of Russia 2018 kicks off our freebie countdown as we look at the best potential free transfers this winter…

Why sign him? Let’s call it the ‘Cavani Effect’.

The 34-year-old Croatian ace might not quite be the force of old, but if you need a short-term battering ram to bully Premier League defences in an open-looking title race, look no further.

With a CV that boasts clubs including Juve, Atlético and Bayern, plus a World Cup runners-up medal to his name, he won’t be phased by the challenge of one last hurrah in a league as competitive as the English top flight.

He also might just fancy proving himself in the one elite European league that has always evaded him. Aston Villa have reportedly been sniffing around, but the veteran might just hang tight until January should a more high-profile suitor emerge.

Why sign him? As one of the brightest young hopes in English football a decade ago, it’s somewhat dispiriting to see Wilshere scrabbling around to secure a new club before he’s even hit 30 after his West Ham stint came to an abrupt end in the autumn.

The former Arsenal man remains a classy operator when fully fit, albeit we only saw fleeting glimpses of that latent talent during a testing spell in East London.

Wilshere now needs to prove the hunger that marked him out in his early days at Arsenal is still there if he is going to remain a force in English top flight football, and first of all that might involve accepting a drop in wages.

Alternatively, a spell away from the Premier League limelight somewhere on the continent might be the reset he needs to get his career back on an even keel. Whatever path he takes, his next move looks a defining one for a player who has never quite fulfilled his awesome potential.

Why sign him? Let’s get to the straight to the point: yes, he’s injury prone, and, yes, if does sign for your club, you’ll need to handle him with extreme caution.

However, it’s easy to overlook the fact that at 31, Sturridge still has some time on his side for a second act in what has often been a frustrating career.

A short-term deal combined with a manager who manages him carefully could be all Sturridge needs to tentatively get his career back on track – after all, it looks to be working for Danny Welbeck at Brighton.

There is no shortage of clubs desperate for goals at the wrong end of the 2020/21 Premier League table, and that could be Sturridge’s chance for a resurrection in English football if he’s willing to take it.

Why sign him? Of all the January free transfers, this one might be the most highly prized in a post-COVID where elite clubs are crying out for a short-term bargain.

Liverpool are the latest side rumoured to be looking into the possibility of snapping up the vasty-experienced 34-year-old as they look to patch up their bare bones defence.

The Argentine ace selflessly asked to be released from Valencia last season after a long-term cruciate knee injury ruled him out for six months.

If he can prove his fitness levels haven’t deteriorated markedly over that period, he could be an ideal stop gap solution for the defending champions or other suitors this January.

Why sign him? He’s got bags of experience, wouldn’t cost the world in wages, and is still just about the right side of his early thirties.

If you are short on defensive options, why wouldn’t you take a punt on a man who knows his way around a Premier League fixture more than most after 150-odd EPL appearances.

His release from Watford was understandable as they looked to cut their wage bill in light of relegation. It might also be fortuitous timing for the Dutchman, with champions Liverpool reportedly considering him as a short-term fix.

Given his career is lacking in major silverware, could the 31-year-old be happy to play second fiddle once the Reds’ injury list clears?

If it means he has a shot at a Premier League trophy, it could be win-win for both parties.

Why sign him? The Japanese ace could be worth a second look by Premier League suitors this January after his contract was terminated by Real Zaragoza in October, against Kagawa’s own wishes.

Still only 31, his days at a top European level might be over, but he scored four times in 31 games for the Segunda side last year and looks to be over some of the injury problems that troubled him during his final years at Dortmund.

Any team needing an extra touch of class might have nothing to lose by picking up the phone, although he is rumoured to be keen on staying in Spain.

Why sign him? Still. Only. 30. Mario Balotelli might be one of football’s most eccentric characters after a journeyman career that has taken him around the continent, but in the right frame of mind, he remains a class act.

With shock rumours linking him to Barnsley in recent weeks, it seems Balotelli might have to take an unconventional route to prove his reliability.

However, pound-for-pound in this current market, you won’t find many unattached strikers who could make such an instant explosive impact at Premier League or Championship level.

Will any manager be willing to risk the potential headache?

Age: 30
Previous club: Aston Villa
Why sign him? Despite never fully convincing at Villa, he’ll always go down in the club’s folklore for THAT goal that never was against Sheffield Utd last season – one that indirectly contributed to their survival.

While that was the highlight of a relatively undistinguished top flight spell with the Villains, he has plenty of experience at EFL Championship level and could be an ideal stopgap emergency keeper for any clubs finding themselves short of options in January.

Why sign him? While he’s not the most high-profile name on this list, the industrious Australian could spark a bidding war for his signing-on fee this January given his credentials as a top-class performer in the Championship.

He played over 100 times in a three-year spell for Hull City before his release from the Tigers last season.

That was no reflection on Irvine’s ability given the financial strain of keeping a proven international on the books in League One.

Why sign him? He’s done it all in the English football pyramid, famously along for the full ride with Leicester City as they rose from the lowest ebb of playing in the third tier to become Premier League champions less than 10 years later.

At 32, the Welshman surely still has one final chapter to write in his amazing career, and after over 400 appearances in the Premier League, Champions League and EFL, his experience alone would be an asset to many aspirational clubs.

While Leicester was his permanent home for 14 years, he’s not strictly a one-club man. Loan spells with Swansea, Derby, Rangers and Huddersfield during his latter days with the Foxes suggests he’s not happy to simply rest on his laurels and trade off his remarkable career path.

Who would you like your club to buy this January? 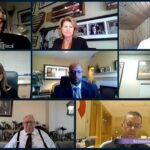 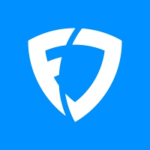