As I write this, you can find Indian casinos in 28 states, but that number is expected to grow. My understanding is that 2 additional states have Indian casinos pending.

What this means for the average gambler is that casino games for real money are probably available within a short drive of where you live.

I also offer information about the Indian casino scene in each state.

Of course, the term “casino” is used loosely to describe some of the tribal gaming available in some of these states. In Alaska, for example, you’re limited to playing bingo and pull-tab machines. In Maine, you only have bingo.

In other states, though, like California and Oklahoma, the tribal casino scene is robust. You can find many (if not all) the same games as you’d find in Las Vegas.

Why Do Indian Casinos Exist?

Indian casinos exist because of a federal law passed in 1988, the IGRA (Indian Gaming Regulatory Act). It established the legality of Indian tribes operating casinos and set up classes of gaming. Many (if not most) Indian casinos are limited to Class II games, which I’ll explain later in this post.

It was perhaps inevitable that Indian tribes would start launching casinos. They’d been running bingo halls for years before passage of the IGRA.

The goals of the law are to protect and regulate Indian gaming. The government wants to encourage the tribes to develop robust economies while staying out of the pocket of organized crime.

Of course, anyone can CLAIM to be part of an Indian tribe. That’s not good enough for federal law, though. You must be recognized by the federal government as a recognized tribe before you can start offering casino games for money. The US Department of the Interior has a bureau to handle that – the Bureau of Indian Affairs.

Part of the idea behind all this is that Indian tribes should be allowed to govern themselves – at least to an extent. You might think that the government knows how many tribes there are, but tribes were applying for and getting official recognition as recently as 2018. Close to 600 Indian tribes are now recognized by the federal government.

How Is the Legality of Tribal Casinos Handled?

Indian tribes in the United States have a certain degree of sovereignty in their gambling laws, but it’s not absolute. They still operate within the purview of agreements, called “compacts,” between the tribes and the states within they live.

The IGRA categorizes gambling games into 3 types, each of which has legal implications related to compacts between the tribes and the states:

Class I games are considered tribal ceremonies, and tribes can offer these games without legal interference from the state.

Class II games, on the other hand, might or might not require a compact between the tribe and the state. This is determined by the laws of the specific state. Class II games are, by definition, games which involve competition between the players. Bingo is the classic example, and bingo-style slot machines are popular Class II games.

Class III games always require a compact between the tribe and the state. These are the traditional casino games you’re used to seeing in Las Vegas.

What’s the Difference Between Class II and Class III?

Class III casino games are the traditional games you play against the casino. This includes slot machines, video poker, and table games like blackjack, craps, or roulette. The house banks such games, and it’s a contest directly between the casino and the player.

Class II games are based on a bingo paradigm. When you play bingo, the prize pool is usually determined by how many bingo cards are sold. Also, you’re competing against the other players in a bingo game. The first player to get a bingo – according to whatever rules you’re playing by – wins the jackpot.

That’s what’s actually determining your winnings. It’s a subtle difference that’s practically invisible to the average gambler, but it makes a big difference in terms of what’s legal or not in a specific Indian casino in a specific state.

Why Do Tribal Casinos Have Familiar Brand Names?

I live close to the Choctaw Casino in Durant, and I also live (even close) to the Winstar Casino in Oklahoma. Those aren’t familiar names to Vegas casino gamblers, but that’s to be expected when you’re dealing with tribal casinos, right?

Heck, Choctaw Casino carries the name of the tribe that owns the casino.

But you’ll find many Indian casinos in many states with the name “Harrah’s” attached to them.

And, no, Harrah’s is not an Indian tribe.

How does this come about?

That’s actually simple. Many Indian tribes have little or no experience managing an actual casino, so they just hire a corporation with experience to run the casino for them.

Even though a company like Caesars, which owns the Harrah’s brand, takes a percentage of the revenue, the tribe still benefits from professional management.

Think of it as being like a Dairy Queen. Most Dairy Queens are owned by individuals, but they have an agreement with the Dairy Queen corporation to use their business model.

The difference is that the Dairy Queen corporation doesn’t manage the individual restaurants for the owners. They just supply standard procedures that they ask their franchisees to follow.

Where Does the Money Go?

I have friends who are horrible offended by the amount of money casinos make from unsophisticated gamblers who can’t do math. They feel like these companies prey on the weak-minded and just line their pockets.

Is that the case for Indian casinos, too?

The idea behind the Indian casinos being allowed to profit is to let them earn money to fund their tribe’s governments and infrastructure. Much of the profit from an Indian casino goes toward paying for social services, too.

The 2 biggest presences in the tribal casino niche are California and Oklahoma. California has literally dozens of tribal casinos – over 60. Oklahoma has even more – at least 100, and maybe closer to 110.

The biggest casino in California is Pechanga Resort & Casino in Temecula. The casino boasts over 4500 slot machines, but it also has over 150 different table games and a poker room with 50 tables. It also has over 20 different restaurants on site to choose from.

Pechanga is twice as big as its nearest competitor, Cache Creek Casino Resort in Brooks. That property only has 2500 slot machines and 9 restaurants. It’s still big.

But the biggest casino in the United States is a tribal casino in Oklahoma – the Winstar Casino. I remember when it first opened and was basically just a giant tent in the middle of nowhere.

Now, the Winstar Casino dwarfs almost every other casino in the country. The property offers over 8500 slot machine and has over 370,000 square feet of gaming space.

What does the future hold for Indian casino?

If past experience is any indicator, more tribes will launch more casinos in more states. The future of Indian casinos is bright. 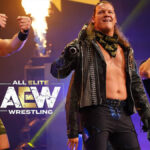 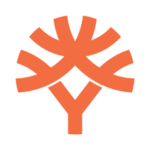