The 2020 NFL regular season will certainly be unlike any other due to the current climate that professional sports will participate in. With that said, this upcoming season will have no shortage of compelling storylines for gridiron fans to sink their teeth into.

One of those storylines is how Cam Newton will perform with the New England Patriots as he replaces “the GOAT” Tom Brady. The former NFL MVP is looking to fill the void left behind by “TB12” and hoping to regain his All-Pro form. Patriots’ fans are hoping Newton can lead the team back to the Playoffs.

NFL betting sites have taken this Newton and Brady connection a step further by offering various head to head football prop bets between the two QBs.

Odds are courtesy of Bovada and all wagers require that both players start the first game of the season with each team scheduled for 16 games this year. Let’s huddle up and explore these props to see where the betting value is and to predict which quarterback will have the better 2020 regular season.

Laird: 12 reasons why Cam Newton will be better than Tom Brady https://t.co/GC0qr283S6 pic.twitter.com/3vB06WSDqS

The first head to head competition between these two QBs is passing yards. Tom Brady is a large favorite in this prop bet and with good reason. Let’s compare their averages for passing yards during the regular season throughout their careers.

Now, if you take away 2018 where he got hurt in the first game of the year, then Brady is averaging 4,138 passing yards per season.

Another way to compare their stats is to take the average yards per game and multiply it by a 16 game season. Newton averages 232 passing ypg. Multiply that by 16 games and he’s looking at an average of 3,717 yards per season.

In further comparison, Brady finished the 2019 season with 4,057 yards. Newton has never surpassed that mark in his career. His highest total is 4,051 yards which came in his rookie year.

If Newton plays a full season for the Patriots, I doubt he will be able to even come close to 4,000 yards again. Whereas, Brady has surpassed the 4,000 yard mark 11 times in his career and I believe he will do it again in 2020.

If Jameis Winston can throw for 5,000 yards in 2019 with Tampa Bay, Brady should at least throw for 4,500 yards. Brady will have his best supporting cast in years with Tampa’s receiving duo of Godwin and Evans. Additionally, he gets a returning Rob Gronkowski.

I believe Brady will beat Newton by at least 600 passing yards in 2020. Although there’s no value with Brady’s odds, he’s clearly the choice in this prop bet.

When comparing their TDs stats via both methods above, Brady is still throwing an average of 7 TDs more per season.

Last year, Brady only threw 24 touchdowns which was his lowest total since 2006 and the third lowest total of his career. In 18 full seasons, he’s thrown under 25 TDs just four times. Newton has only surpassed the 25 TD mark just once and that was his 2015 NFL MVP season.

In that year, Newton threw for 35 touchdowns. Brady has thrown over 35 TDs in four different seasons.

Last year, Winston threw 33 touchdowns along with 30 INTs. I believe Brady will hit the 30 TD mark with the weapons he has. I don’t see Newton having more than 25 TDs in 2020.

Who Will Have the Most Wins?

This is probably the one prop bet that Cam Newton has any shot at covering or winning. But, that really comes down to each team.

The Patriots will play their first season without Tom Brady and have also lost some key contributors on defense. With that said, New England will be the better defense than Tampa Bay.

Offensively, I don’t see how New England will even come close to what Tampa does. Brady and company will put up some big numbers, while the Patriots with Newton will be lucky to be a Top 15 offense.

BetOnline, and other sports betting websites, favor the Patriots to win between five and nine games at -135 odds. Looking at their schedule, and New England has some very tough games. In fact, based on winning percentages, the Patriots have the toughest schedule heading into 2020.

Some of the tough matchups for the Patriots are: at KC, vs 49ers, at Seattle, at Buffalo, vs Baltimore, at Houston, at Chargers and Rams. They also play the improved Dolphins and Broncos. That’s seven games against Playoff teams from last year.

For Tampa, they play five games against Playoff teams from last season. Two of those games are against divisional rival the Saints. However, the rest of the NFC South division games are very winnable for Tampa as the Panthers and Falcons aren’t expected to be as competitive.

Outside of the division, Tampa has some tough matchups vs Green Bay, vs KC, and vs Minnesota. However, all three of those games are at home. In fact, four of their five games against 2019 Playoff teams are at home. This is huge for a team looking to win now.

Online NFL betting websites have listed the Bucs with an Over/Under of 9.5 wins. The Over is favored at -155. Additionally, Tampa is favored to win 10-14 games at -155 odds.

I see the Bucs winning at least 10 games this year as they will go 5-1 in their division. They will also beat the Giants, Chargers, Lions, Raiders and Rams.

The Patriots will go 4-2 in the AFC East and then lose to the Seahawks, 49ers, Ravens, and Chiefs. That’s a 10-6 record at best. However, they could lose one more game against teams like the Texans, Rams and Chargers.

At best, I see New England going 10-6, but most likely will finish 9-7. The Bucs could finish as high as 12-4, but more than likely 11-5. With that said, I believe Tampa and Tom Brady will finish with at least one more win than the Patriots and Newton.

Once again, take Tom Brady to win this prop bet. It’s a clean sweep for Brady over Newton in these head to head NFL future bets. 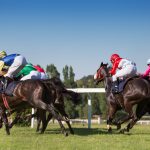 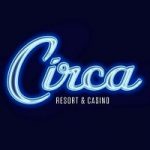