It seems that the Jake Paul saga will continue. Over the weekend, the YouTube star earned a first-round knockout over former MMA champion Ben Askren. The 24-year-old made it clear he plans to compete again soon and has no shortage of willing competitors to face off against. Today, I’m going to answer the question everyone seems to be asking: who will Jake Paul fight next?

Jake has made himself one of the most loathed individuals in combat sports. That also makes him a draw and there are some exciting options on the table for his next possible challenger.

Before looking at some possible opponents, I’ll recap his win over Askren from last Saturday.

Jake Paul’s transition into the boxing world has certainly been successful. He made his professional debut against AnEsonGib, a fellow YouTuber, back in January of 2020. He won that first with a first-round knockout and followed up with a second-round KO over Nate Robinson in November of last year.

News eventually broke that Paul would be taking on Ben Askren in his third fight.

MMA fans are well-aware of Ben as a gritty wrestler, yet he entered this fight as the underdog according to all online sports betting sites.

Many feared he did not have the striking skills to survive against Jake in the boxing ring, though.

It turns out those fears were justified. It took less than two minutes for Jake Paul to land a knockout shot on Askren. The victory brings his record to 3-0 and he can now claim to hold a victory over a real fighter.

Much of the MMA community was disappointed to see Paul defeat Askren. Jake is purposely challenging mixed martial artists without any legitimate boxing skills. It’s a smart strategy, yet one that more and more fans are getting frustrated with.

Many are now asking, “who will Jake Paul fight next?”

A fight against the YouTube star is lucrative and many athletes across boxing and MMA seem willing to take him on. There are a few names that seem more likely than others.

Here’s a look at the five most likely options for Jake Paul to challenge next.

Who Will Jake Paul Fight Next? – Most Likely Options

In some ways, Jake Paul’s time in the fight game has highlighted the issues with both MMA and boxing. On one hand, it shows how in need of real superstars the sport of boxing is. Jake Paul has become one of the most recognizable figures in a sport he doesn’t really belong in.

It also shows some of the disparities in payouts between boxing and MMA. Several prominent MMA fighters are willing to put their careers and reputations on the line for the big payday that a fight against Jake Paul comes with.

Only a few days have passed since Jake’s win over Ben Askren. There is now a serious debate raging over who should get the next shot at the social media star. Below are five men that could end up standing across the ring from him next.

Not long ago, it seemed as if Mike Perry and Jake Paul were developing somewhat of a friendship. Paul had brought Perry in as a sparring partner in the lead-up to his fight against Askren. Afterward, Perry gave Jake credit as a solid boxer and picked him to get the win over Ben.

This comradery only lasted for so long. After his win on Saturday, some began calling for a real matchup between Paul and Perry in the ring. Jake then called his sparring session with Mike “easy work.” Perry responded and claimed he was the one pushing forward during the spar.

Who will Jake Paul fight next? Mike Perry is certainly an option. He is known for his striking in MMA, yet doesn’t have the technical skills that Jake Paul would want to avoid. It’s a realistic possibility and one that many would tune in to see.

Tyron Woodley is a former UFC welterweight champion and was one of Ben Askren’s main training partners in the lead-up to the fight with Jake Paul. During his prime, Woodley was one of the scariest fighters in the sport. He is extremely athletic and has knockout power in his punches.

Woodley hit a rough patch in recent years and is currently riding a four-fight losing streak. It seems likely that his time in the UFC is over. As a result, a fight against Jake Paul could be on the horizon for the former champion.

Former multiple-division UFC champion Daniel Cormier supports this idea. Jake seemingly called out DC on Twitter this week. Cormier claims he won’t be competing anytime soon, but agrees that Woodley should be the man to get the fight with Paul.

“I’m not gonna punch down to some kid on YouTube that’s like, ‘fight me.’ Why? What have you done to earn the right to fight me?” Cormier said. “So no, it’s silly and stupid. But I would like him to fight Tyron. I would like to see him fight somebody more real. Don’t fight Ben Askren at 190 [pounds] bloated. Fight a middleweight. Fight Luke Rockhold.”

In a world filled with internet trolls, Dillon Danis stands out. The jiu-jitsu black belt made a name as one of Conor McGregor’s training partners. Somehow, he’s used that as a way to grow his social media profile and is now 2-0 as a professional fighter.

Jake Paul and Dillon Danis have been feuding on social media for years. For a time, it seemed as if they were close to signing a boxing agreement. Some now feel that this fight could end up taking place at some point this year.

Danis is one of the most vocal fighters asking, “who will Jake Paul fight next?” He seems to feel that Paul needs a real challenge in the ring. Both of these men have huge followings on social media and a fight between them could end up generating a huge amount of Pay-Per-View buys.

Nate Diaz is one of the biggest superstars in MMA. He competes once in a blue moon, however, and only seems interested in big-money fights at this point in his career. On May 15, he’ll be taking on Leon Edwards in what appears to be a number-one contender’s fight at 170 pounds.

Many consider Nate to be one of the best boxers in the UFC. He’s been vocal about his disdain for Jake Paul, who in return claims he will fight against Nate in the future. This would be a huge bout and many are interested in seeing it take place this year.

Would the UFC be willing to let one of its biggest stars move into the boxing world against Paul? That remains to be seen but the online sportsbook MyBookie has him at +2000 to fight Jake Paul next. Nate often beats to the sound of his own drum and may be able to convince the UFC that this fight makes sense.

Since Jake Paul first began competing as a boxer, he seemed interested in taking on Conor McGregor. In many ways, Paul seems like a superfan of the Irish superstar. He mirrors much of Conor’s actions in and out of the ring and continues to mention Conor whenever he gets the chance.

I’m one of the many combat sports fans asking who will Jake Paul fight next. In reality, I don’t see a fight against Conor taking place anytime soon for Jake. Money talks in the fight game, however, and if a big enough deal is on the table there is always a chance that this fight comes together.

Before that can happen, Conor will need to take part in the trilogy fight with Dustin Poirier this July. This is expected to be one of the biggest MMA fights of all-time. The winner is expected to earn the next title shot at 155 pounds.

Combat sports have changed over the years. Entertainment is playing a much bigger factor in both MMA and boxing than it did just a few years ago. Jake Paul has proven that anyone with a large enough following can draw interest in these sports.

Jake is unlikely to agree to a fight anytime soon. It will now be a race to see who ends up getting the next shot at the 3-0 boxer. I’ll be sure to continue offering updates on his most likely opponents as the months go on.

Who will Jake Paul fight next? Do you think any of the men listed above will stand across the ring from him this year? Let me know what you think in the comments section below! 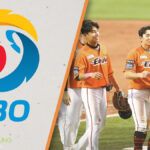 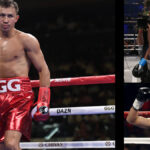