Yes, the Philadelphia Eagles have earned a special status. Most people assume the Eagles will contend as long as Carson Wentz is playing quarterback and Doug Pederson stalks the sidelines.

They aren’t bulletproof, with mounting injuries to Wentz and company, but they have a rich man’s Taysom Hill in Jalen Hurts. And you will see him on the field often in 2020.

Not to mention, there’s the Shanahan Effect coming to the Eagles, which will call for some play-action and other types of gadget plays. Right now, the Eagles sit at 12/1 odds to win the NFC Championship, meaning they’re one of the safer bets out there. Can they win it?

Hey, they still have a nucleus of players from that 2017 squad, so it’s possible. Here are six determining factors to pay attention to.

The Philadelphia Eagles reached for a quarterback in the second round of the 2020 NFL Draft despite already having a solid quarterback on the roster who wins games.

The problem with that quarterback, Carson Wentz, is the fact that he often finds ways to get hurt. Over his tenure in Philadelphia, he has played just nine snaps in the playoffs.

Enter Jalen Hurts, who is a more capable backup than last year’s Josh McCown and Nate Sudfeld. McCown is once again an NFL retiree, unless another team calls for his services. Sudfeld knows the offense but is more equipped to hold a clipboard in the NFL.

Therefore, the Eagles needed an insurance policy and drafted Hurts. Now, don’t expect to see Hurts lighting up the scoreboard as the franchise quarterback any time soon. He is a one-read guy who needs a learning curve.

However, he is also an excellent change-of-pace quarterback who is a younger, faster, and more talented passer than Taysom Hill. Hurts is more than just a quarterback; he’s a utility, and you will see special packages for him.

These packages will confuse defenses. And it is also a safe bet that he will line up beside Carson Wentz often, forcing defenses to guess whether the ball will go to Wentz or Hurts. Expect Jalen to hurt defenses regardless if he lines up at quarterback, running back, receiver, or wherever.

Late season injuries plague and will continue to plague the Eagles in 2020, even if Jalen is equipped to start a few games in case Wentz is hurt.

Wentz is a winner, and it’s proven in his ability to not just lead the Eagles to division championships and playoff appearances, but to rise in the face of adversity.

The problem is, he can’t do anything when he suffers an injury and ends up on the sidelines. This is one reason the Eagles drafted Hurts, who has the potential to start games in the NFL.

The downside to Hurts is the system he played in, which consisted of reading his hot receiver. If the hot receiver was open, he threw the ball. If the receiver wasn’t open, he took off. This doesn’t fly for long in the NFL, which Lamar Jackson of the Baltimore Ravens will soon discover.

With that said, Wentz needs to find ways to better protect himself from injury. He isn’t a scrambler, but he uses his legs to stretch plays. He’s got size. When he does scramble, he will take hits.

Sure, the Eagles won before, after they lost Wentz for the season. And that was with Nick Foles starting in a season where he figured to be the backup quarterback, situations in which Foles excels.

Jalen Hurts can become that type of backup quarterback and even a starter. But it won’t happen in 2020. If Wentz continues to get hurt as he’s done the last three seasons, which culminated in his nine career playoff snaps, the Eagles 12/1 odds will become 120/1 odds to win the NFC.

3 – Bringing the Inside Heat

Championship-caliber teams start with great defense, and the Eagles got some interior pass rushers in Javon Hargrave, Fletcher Cox, and Malik Jackson. At least on paper, you’re looking at perhaps the best trio of pass rushers in football.

There are some concerns, though. Let’s start with Jackson, who missed almost all of 2019 with a foot injury. Jackson’s now healthy, but will he be the same player as he was in the past?

Many claim Cox is the league’s best defensive tackle outside Aaron Donald, but he logged a career-low 3.5 sacks in 2019. Like Jackson, questions will arise as to whether he’s the same player we saw from his rookie season in 2012 to 2017.

This is the ultimate boom or bust for the Eagles, given the fact the team has talented but not outstanding pass rushers in Derek Barnett and Brandon Graham. Neither will give you a double-digit sack season, but they put up respectable numbers.

Barnett recorded 6.5 sacks while Graham logged 8.5. If the inside rush can get a push now that Hargrave is in the mix, Barnett and Graham will pressure quarterbacks even more in 2020. And the Eagles will build on their 43-sack performance from 2019. Will it give them a championship-caliber defense?

It’s an “if.” With Fletcher Cox and Malik Jackson playing at full strength once more, and Hargrave rotating in, this could be a dangerous trio. It all rides on whether the duo can return to the dominant forces they were earlier in their careers.

It ended with Carson Wentz suffering a concussion in the NFC Wildcard Game against the Seattle Seahawks. It started with Malik Jackson in Week 1.

That’s a lot of key contributors, and it won’t get any better for the team in 2020 if the injury bug strikes again. With no offseason workouts, team conditioning is limited to the first two weeks of training camp. The upside rests in the fact the Eagles addressed some of these concerns.

We discussed what Hargrave and Hurts bring in previous sections, while Slay is a proven veteran. As is Roby-Coleman, who remains one of the better nickelbacks in football.

Reagor’s production dropped during his final year in college, but he brings speed to the unit, much like Desean Jackson.

This is another tossup. If the players listed above return strong (Darby and Sproles are gone), look for a deeper team than last season to make a run at winning the NFC East and winning the NFC Championship.

If the bug hits again, expect another early exit from the playoffs.

Why will the Shanahan Effect work so well in Philadelphia? Well, for one, Carson Wentz loves throwing to tight ends. And both he and Jalen Hurts are mobile quarterbacks. It’s what the “effect” brings—play-action, rollouts, gadget plays, and more.

It’s the perfect type of offense to suit Wentz and Hurts, even if the quarterbacks end up in a timeshare. To implement the effect, coach Doug Pederson hired Rich Scangarello to be the team’s senior offensive assistant. Pederson, Scangarello, and senior offensive consultant Marty Mornhinweg will together maximize the effect in Philadelphia.

The Eagles have the type of offense to implement such an effect with two outstanding tight ends in Zach Ertz and Dallas Goedert, along with a featured back in Miles Sanders.

Being that this type of offense suits the team, look for a stronger unit in 2020 that will build upon its points per game total.

This is a team that retains experience from its Super Bowl run in 2017. Some say this is relevant, others claim it isn’t. However, it’s relevant in 2020, a season where it’s tough for much of the NFL to find time to mesh.

17 players from the Super Bowl LII squad return along with much of the coaching staff. It gives the Eagles a huge advantage heading into a season, where three of its division rivals must contend with implementing new systems.

Experience goes a long way in a league where the average career span is hardly longer than three seasons. But given the fact that 17 players (19 if you include the specialists) return in a season where the most experienced teams will contend, it sets the Eagles a cut over many in the NFC.

Teams without such experience like the Minnesota Vikings and Chicago Bears are looking up at the Eagles, including teams like the Los Angeles Rams. Their pass rush and running game took massive hits in 2019 which kept them out of the playoffs. And there’s also the Seattle Seahawks, who boast a subpar defense along with a team thin on depth.

From an experience standpoint, the Eagles hold an advantage over 14 of the 16 NFC teams in the “been there, done that” category. Their biggest threats are the New Orleans Saints, an older team with a sense of urgency for one last hurrah, and the San Francisco 49ers.

Some may put the Tampa Bay Buccaneers into this category, but they haven’t won anything and quarterback Tom Brady’s numbers are declining about as fast as Aaron Rodgers’ numbers are in Green Bay.

Whether you believe this section is or isn’t relevant in general, it bears relevance in the 2020 NFL season.

The Eagles are a safer bet. While only one team can win an NFC Championship, they went out and addressed key areas to get them over the hump.

They have players with NFC Championship experience, which beats out most of the conference. They addressed key positions after injuries ravaged them in 2019. Doug Pederson added a new dimension to the offense to fit his quarterbacks’ strengths.

You have a lot to like here. So if you are thinking of placing a bet, the Eagles are one of the smarter bets in football. 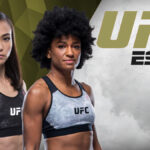 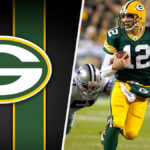