It’s been a golden decade for Team GB at the Olympics, with the buzz of finishing third on home soil at London 2012 topped by an unprecedented showing in Rio – a games that saw the British squad post its best medal return since 1908.

However, that’s not always been the case.

GB Medal Performance At The Games | How Will Tokyo Compare?

First up, let’s start with the absolute nadir for British sport.

1996 might have been a time of Britpop and Cool Britannia, but that vibe was certainly missing in action in Atalanta…

The low point of Britain’s Olympic history, where if something could go wrong for an athlete in GB colours, it pretty much did.

Matthew Pinsent and Steve Pinsent ensured Britain avoided a complete whitewash by picking up gold in the Men’s Pair, but that was to be the sole saving grace of a games summed up by countless gaffe-prone incidents by British competitors.

From Linford Christie’s two false starts in the 100m final, to Darren Campbell’s baton drop in the relay, several banked-in GB medal hopes fell by the wayside at these games, but the severe underperformance arguably provided the shock treatment needed for British sport to smarten up its act, with the introduction of National Lottery funding for elite athletes after these games helping transform GB’s chances in future games.

The new millennium didn’t quite usher in an exciting new era for British Olympic sport, but it certainly laid the foundations for the recovery to come over the next decade.

After the humiliation of finishing 36th in the 1996 medal table, there was marked progress in terms of the GB medal performance in Sydney as they left the southern hemisphere with 11 golds, 10 silvers and seven bronzes – their best gold haul at the time since 1920.

The ‘National Lottery effect’ clearly showed signs of kicking in at these games, with cyclist Jason Queally getting the ball rolling when claiming Britain’s first gold on Day 1 in Australia.

That success in the velodrome set the tone for a confidence-booster of a games that backed up UK Sport’s bolshy strategy to focus on excellence above all else after Atlanta.

The games returned to its spiritual home in 2004 as a talented British squad touched down in Athens tasked with building on Sydney’s bright showing.

It was a mixed picture in terms of the gold rush with the GB tally actually dropping by two in Greece, returning home with nine. However, this was arguably the games where Britain’s increasing strength in depth from an ambitious funding programme first became apparent. 30 medals in total would represent the best British return since 1924, excluding a 1984 Olympiad marred by mass political boycotts.

Perhaps even more importantly for the national psyche, these games also saw Team GB maintain a top-10 finish in the medal table – reinforcing the notion Britain was emerging as a major player on the sporting stage again.

Kelly Holmes would be the poster girl for GB’s exploits in the Greek capital as she put years of injury frustration behind her to secure a rare 800m and 1500m double.

Beijing was always set to be a bellwether for British sport.

Four years out from seeing the Olympics return to home soil for the first time since 1948, there was huge pressure on British medal chances to put a marker down for London 2012.

They didn’t disappoint as they flew home with 19 golds and smashed through the 50-medal mark – a remarkable turnaround from the meagre 15 medals collected in total in Atlanta just 12 years prior.

Most of that heavy lifting was done by the extraordinary GB cycling contingent, with Sir Chris Hoy (pre-knighthood) the figurehead of a relentless medal-winning machine of a squad that took home eight golds, four silvers and two bronzes.

Little would we know that things would get better still, but at the time 2012 felt like the zenith of British sporting history.

Despite widespread predictions of disaster, London delivered a games for the ages, with even the weather playing ball for the most part during a fortnight of glorious sport on home soil.

Danny Boyle’s widely-praised Opening Ceremony helped create a feelgood factor that never ebbed away that summer as Britain smashed even the most optimistic of pre-games expectations in taking home 29 golds, 17 silvers and 19 bronzes (65 in total compared to a benchmark of 48).

While the golden glow of these games lives long in the memory, one thing that’s often overlooked is GB’s slow start in London.

It took a full five days for rowers Helen Glover and Heater Stanning to ease home nerves as they stormed to gold in the Women’s Coxless pairs, but that success opened the floodgates.

Britain would only fail to pick up golds on two of the last 12 days of the games.

Sometimes, patience really is a virtue.

It’s a city best known for its annual carnival – and Britain couldn’t wait to get the party started in Brazil as Adam Peaty got the gold glut moving as early as Day 2.

GB cleaned up in Rio to post a final medal tally that might well go down in history as their best-ever showing at a post-war games. It’s a haul that few are expecting to be matched in Tokyo.

A total of 67 medals surpassed even their showing in London as Team GB actually outperformed their exploits at a home games to finish a shock second in the medal table.

Britain saw the records tumble at these games, becoming the first nation to beat its tally when host in the preceding games, while also increasing its medal tally for five games in a row – a record shared with Azerbaijan.

This was a games of unexpected wins for the Brits.

With many of his compatriots deciding to give these game a swerve, Justin Rose became a national treasure overnight as he topped the leaderboard in the Men’s Golf, while the GB women’s hockey team memorably kept their cool on penalties to return home as gold medallists.

The nimble Max Whitlock also broke new ground for British gymnastics with a faultless display in both the pommel horse and men’s floor to nab two golds – a feat no GB gymnast had previously achieved.

What is your favourite GB Olympics memory? 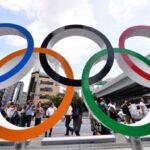 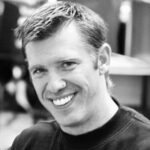