With the time difference with Tokyo set to play havoc with British body clocks this summer, even the most ardent of Olympics superfans may have trouble keeping tabs on the medal table throughout this year’s games.

That’s why we’re on hand to guide you through how the Olympics medal table works and what Team GB need to do to match their phenomenal haul from 2016.

First up, it’s important to point out there is no such thing as an ‘official’ medal table – at least from the organisers’ perspective.

In fact, the International Olympic Committee does not nominally recognise any form of medal table.

However, totting up a country’s daily medal haul and comparing it to previous Olympiads has become a force of habit for most casual Olympic observers.

It’s a quickfire way of helping gauge a country’s level of performance across the 16 days of competition, but the way the medal table leaderboard is calculated can be cause for some dispute.

Most versions of the medal table opt put the onus on prestige, with greater stock placed on the amount of gold medals a nation hoovers up over Olympics fortnight – not the overall number of medals a nation accumulates.

In instances where countries finish on the same number of gold medals, they will then be separated by their respective silver and bronze medal tallies as a tiebreaker.

In terms of the all-time medal table, the United States has traditionally ruled the roost, topping the tree in 17 of the 27 Olympics in which they have participated.

While a country’s total gold medal haul is usually a reliable indicator of how they might also be ranked in a table calculated on overall medals, that’s not always been the case.

For instance, China ‘topped’ the table when they hosted the games in 2008 as 48 of their 100 medals were gold, despite the fact the USA finished comfortably ahead on overall medals won (112). With only 36 of that haul gold for the Americans, they were forced to settle for a rare second place.

GB MEDAL TABLE FINISH | HOW MIGHT BRITAIN FARE IN TOKYO?

Brace yourselves: it could be a bit of a slow-burn this time around after a golden decade for British sport at the Olympics.

Leading analysis company Gracenote has predicted a drop-off in medals for Great Britain at these games, although that’s perhaps only to be expected. Given extra investment and raised expectations, nations tend to see a dramatic spike in performance in both the lead-up and immediate aftermath of hosting a home games (it’s now nine years on from London 2012) before a reversion back to the mean.

At the time of writing, their model is predicting 36 medals for GB in Japan, which would be Britain’s lowest tally since Athens 2004.

GB recorded their best-ever finish to a games at Rio (2nd place) since finishing top overall on home soil in London all the way back in 1908.

Ready to take in a huge summer of sport from Tokyo with Marathonbet? 🥇🥈🥉

We’ll have every major event covered as the world’s best athletes head to Japan. 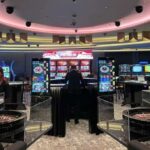 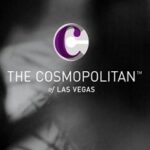